Where to go to see Christmas Light Displays in Buffalo/Western New York!

Our Lady of Fatima Shrine Festival of Lights, Lewiston  (free)

Facebook readers recommend:   Comments are from 2014…please update in comments if you know different info!

There’s a house on Fargo Rd in the Batavia/Strafford area. Its amazing!! You get out and walk around the property. Its a mini festival of lights.

There is a singing house on Old Falls Blvd in North Tonawanda! At least, there has been for the past few years!

Stony brook (off Walden) in lancaster whole neighborhood they do it for charity. I believe children’s hospital but don’t quote me. This is the seven annual and it is SOOO worth going  AND Yes Stony Brook, Quail Run, Westbury, Whitestone Lane and Kelly Ct all are lit up. Lights are lit up all down the streets, trees and all. This is our first year moving here and it’s amazing to drive home every night to!!!! They are raising money for the Kevin Guest House. Donations are accepted at 2 houses if anyone chooses to donate:) Hundreds of trees lit up and houses

Losson rd park has lights set up and you just go in and drive through. It’s really nice and free so you can keep in mind for a last minute thing

Dan Troy road in Williamsville is full of light displays up and down the street. Between Sheridan and Maple.

Pierce Ave (rt 62) a minute after you turn off of Buffalo Street (Homeowner) in Hamburg. Beautiful lights display with lots to look at. He has won the Channel 2 Holiday Lights contest multiple times!

We usually go around Grand Island due to the high number of houses linked with the musical displays, animated displays, & whole yards decorated. The houses along East and West River RDS usually go all out. 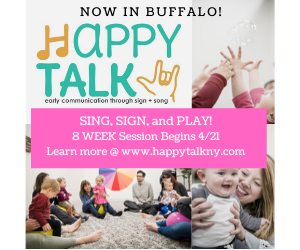 ABOUT US
Fun 4 Kids in Buffalo is an active online community that connects families with kid-friendly events, products and services in Western New York!
Contact us: jennifer@fun4kidsinbuffalo.com
FOLLOW US
© 2020 Fun 4 Kids in Buffalo LLC. All Rights Reserved.
MORE STORIES